As a pest control professional with more than 2 decades of experience, I can honestly say that bed bugs are the most tenacious, hardy, and difficult to eradicate pest that I have encountered. While there are many different kinds of pest threats, bed bugs occupy a special place in my mind because they often cause longterm problems for homeowners, especially they aren’t handled with professional treatments. 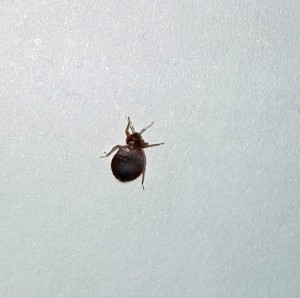 The truth is, a bed bug problem can last for months, and if proper steps are not taken to COMPLETELY eradicate the infestation, bed bugs will almost certainly return in future. Bed bugs reduce the quality of life in your home and thrive on the blood of human and pet hosts.

But what makes bed bugs so difficult to handle?

Bed bugs are extremely resilient creatures. They can survive in a wide range of environments, go months without feeding, and rapidly reproduce with a short developmental period. This allows a population of bed bugs to survive in conditions that might prove inhospitable to other pests.

If even a single bed bug female can survive treatment, the infestation will ultimately return as subsequent generations of bed bugs will return the population to its former level.

This is partially why DIY treatments are often ineffective against bed bugs. Many of these types of treatments kill only the pests that come out into the open and cross through treatment areas. Since the majority of the population will remain hidden out of sight, such treatments rarely put much of a dent in the rapidly expanding population.

As we touched on above, the majority of a bed bug population stays out of sight in your home, preferring instead to remain in dark, hidden spaces. Bed bugs are typically only active at night, waiting until you are sleeping to come out and feed.

As frightening as this information is on its own, it also is an important behavioral detail that complicates treatment efforts. Since bed bugs hide in secluded parts of your home, it can be difficult to identify problem areas that should specifically be treated.

Further, early detection is often unlikely. A small, growing population of bed bugs in its early stages would leave relatively few signs of its presence. Thus, without a detailed, professional inspection, it is unlikely you will notice the bed bugs until the infestation is well established.

How to Deal with Bed Bug Threats:

Since bed bugs are so difficult, prevention is a much better alternative to treatment after the fact. To reduce your chance of dealing with bed bugs, you should take extra care to avoid bringing them into your home.

Bed bugs are infamous for sneaking into luggage and bags. Travelers often inadvertently spread them to hotels, apartments, and other areas that have a high volume of visitors. As such, you should take extra care to inspect your luggage and other baggage before bringing it into your home.

Remember, even a single stray bed bug could potentially create a new infestation, so it pays to be very careful in your search.

That said, even when you’re careful and take steps to prevent infestation, sometimes bed bugs are still able to infiltrate. In such cases, it is critical to identify the issue early and employ an effective treatment strategy to deal with the threat.

Any effective bed bug treatment must start with a professional inspection. A trained pest control technician can identify problem areas and evidence of pest activity. From there, a customized treatment plan can be set up to deal with your pest problems quickly and effectively.

At Canton Termite and Pest Control, we understand that bed bug problems cause homeowners a lot of frustration and distress. As such, they are a problem that we take very seriously. We employ powerful, fast-acting, and comprehensive treatment plans that takedown pest problems!

P.S. Ask us about our NEW HP2 Termite Applicator treatment!